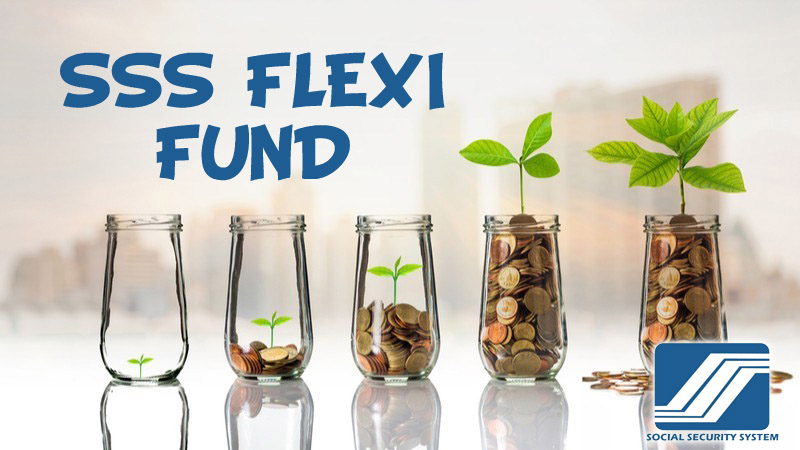 SSS Flexi Fund refers to a provident saving program that falls under the regular SSS program, and it's designed to supplement pension benefits. The Fund was launched in the year 2001 by a corporation owned by the government, exclusively for the Overseas Filipino Workers (OFWs).

They aimed at investing in a qualitative and transparent saving program. This program helped the workers to acquire an added income on top of their regular salary and to provide an alternative pension for retirement. The contributions are invested in several fixed income securities, which provides a profitable interest which is then distributed to their members.

The SSS Flexi Fund has several benefits which include:

i. In case the member who has invested in the Fund is met with an emergency that requires urgent cash, the Fund allows for an immature termination of the contract to provide the member with the cash he/she requires.

ii. The funds which include interest earned over the years are given to their members' tax-free whenever the member retires or is met with a catastrophe which forces him/her to quit his job.

iii. The program has set aside an Annual Incentive Benefit (AIB) fund whose aim is to grant its qualified members an annual fee on top of the regular salary.

iv. The interests given to members grows over time in what is referred to as Compound interest hence increasing in value as the member continues to invest

v. The Flexi Fund provides for a mode of re-pricing its annual incomes by reflecting on the trend of the country's economy and its effect on the interests earned by the members. The trend is calculated based on the previous three months, and the funds are deposited into the member's account as a form of the accumulated funds.

i. The National Government owns the Fund; hence when a member is eligible to open an account, the account is supported by the government by ensuring that it is tax-free and safe.

ii. In some cases, there are incidents of qualified servers taking advantage of the funds provided annually as bonuses hence increasing the amounts of interest returns.

iii. The Fund has formulated online portals, which helps its members to pay and withdraw their interests easily across the nationwide SSS branches. This increases the credibility and accessibility of the Fund.

iv. The Fund doesn't have any particular lock-in period or any other condition concerning bar its customers from withdrawing cash from their accounts in case of an emergency.

v. The Fund provides higher tax-free interests based on the member's investment contribution through their depositing accounts as compared to the investment interests which are provided by the banks.

vi. The Fund ensures that the finances which are invested by their customers are risk-free even if the 90 day Treasury bill is higher than the SSS peso placements and vice versa.

vii. The government owns the Fund; hence it's transparent and legal.

i. How to open an account in the SSS Flexi Fund, there are several strict terms and conditions which even requires the members to provide proof of identity.

ii. For the customers in the interior rural areas who cannot be able to access the SSS branches the process of registration is hectic and provides a number of challenges

iii. The Fund deducts from each member's account a one percent interest fee monthly as a form of the management fee.

iv. The Fund only offers its qualified members an Annual Incentive Benefit, which excludes some of its members, and this benefit highly depends on the SSS income declaration.

The government sets the Fund for all the overseas Filipino workers who may not have attained a maximum of 60 years, and the form of payment is based on the Fund's payment schedule of that particular time.

The eligible members include permanent residents of overseas countries, hired employees of an oversea organization, and citizens who are in pole positions of earning incomes from foreign nations.

In order to register for membership in the SSS coverage program, one must fill a form which is acquired online or from a nearby SSS branch and on submission of the form attach a birth certificate or a copy of a passport, Professional Regulation Commission card, a seaman's book or a driving license.

How to apply or register - To apply for the SSS membership, one must be able to have access to the SS # and fill in a two-page registration form, which provides the organization with the required membership information.